Posted by armeek 23 days ago.

Posted by armeek 1 month ago.

Posted by armeek 1 month ago.

ᖴᖇᕮᑎᑕᕼ ᗩᖇTIST ᑭᗩIᑎTᕮᖇ ᑭᕼOTOGᖇᗩᑭᕼᕮᖇ…………….ᑭᗩTᖇIᑕᕮ ᗰᑌᖇᑕIᗩᑎO
Patrice Murciano was born in Belfort France in 1969 and has moved to Montpellier from an early age. He started painting with his moms make-up.Fascinated by woman, it pays tribute to the various artistic movements which will go with him during his evolution. The artistic touch of Patrice Murciano is an intelligent mix of different techniques but yet so complementary, acrylic painting, watercolor, and digital software. 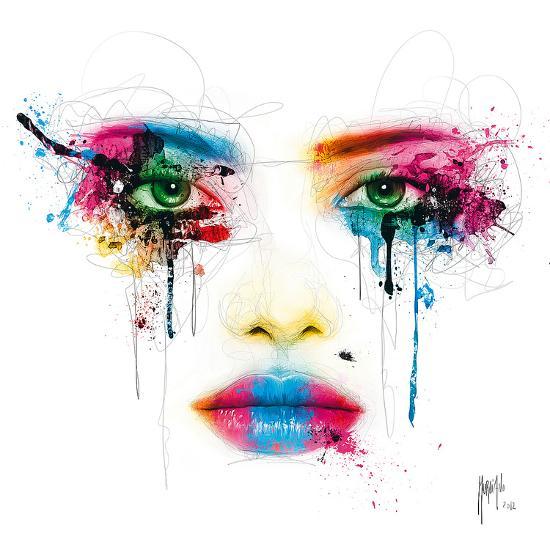 Posted by Magenta 2 months ago.

Posted by armeek 4 months ago.

📽️Award Winning Short Film……………………..★Curmudgeons
★A pair of senior citizens have a relationship that shocks both their families in this potty-mouthed, but endearing, comedy. Curmudgeons is directed by actor Danny DeVito. Theater in New York, where he saw this play and immediately wanted to turn it into a short film…..Tribeca Film Festival Award ★It’s a wonderful mix of hilariously crude humor and life lessons being imparted to youngsters, with a sweet side to it that comes out in just the right way. I’m really impressed by this it’s the kind of film you should watch if you’re feeling sad and need a reminder of what happiness is. Take a few minutes and watch.

Posted by armeek 4 months ago.

Posted by armeek 5 months ago.

hi dear thanks for the request i accepted ofcourse,lol now where old and new friends again haha enjoy your weekend myfriend heres a big hugg for ya.

hi dear remember me we where friends on the old primewire you are a black lady i remember you be save too dear slowly i find a lot of friends from here back i wish you well all of you.

4 Comments
Posted by YgraineDance 6 months ago.

hey you speak dutch,lol i love it you do remember i hope you are great and i wish you a verry nice weekend,if you like to be friends again sent me a friend request then we be new and old friends lol be save dear.

i,m so stupid i read this and think was i stoned or something we are already on 2mov friends awhile lol was good stuff i guess haha you have a nice weekend dear and be save ok,xx.

2 Comments
Posted by YgraineDance 6 months ago.

Thank you, my dear!

Your welcome my dear……Enjoy your evening.

Posted by armeek 7 months ago. 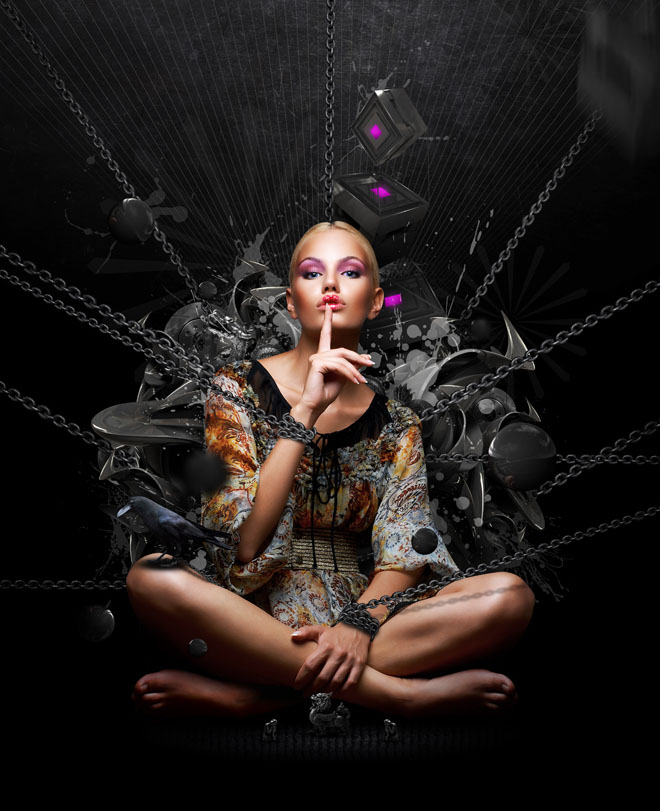 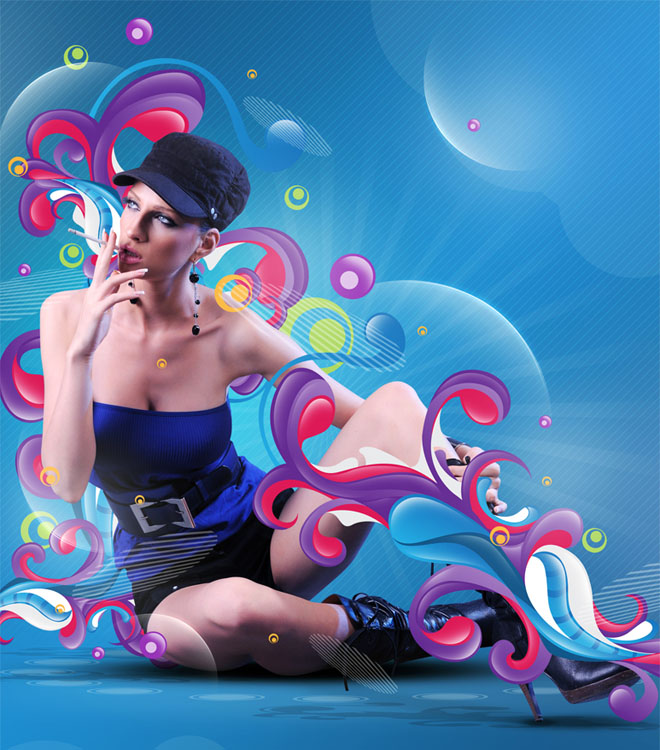 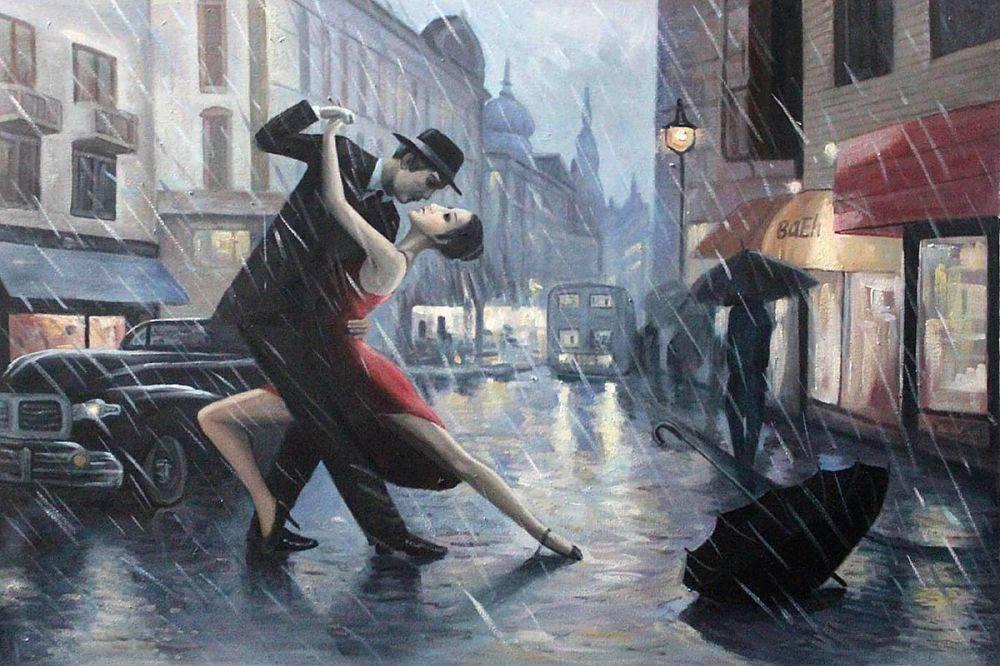 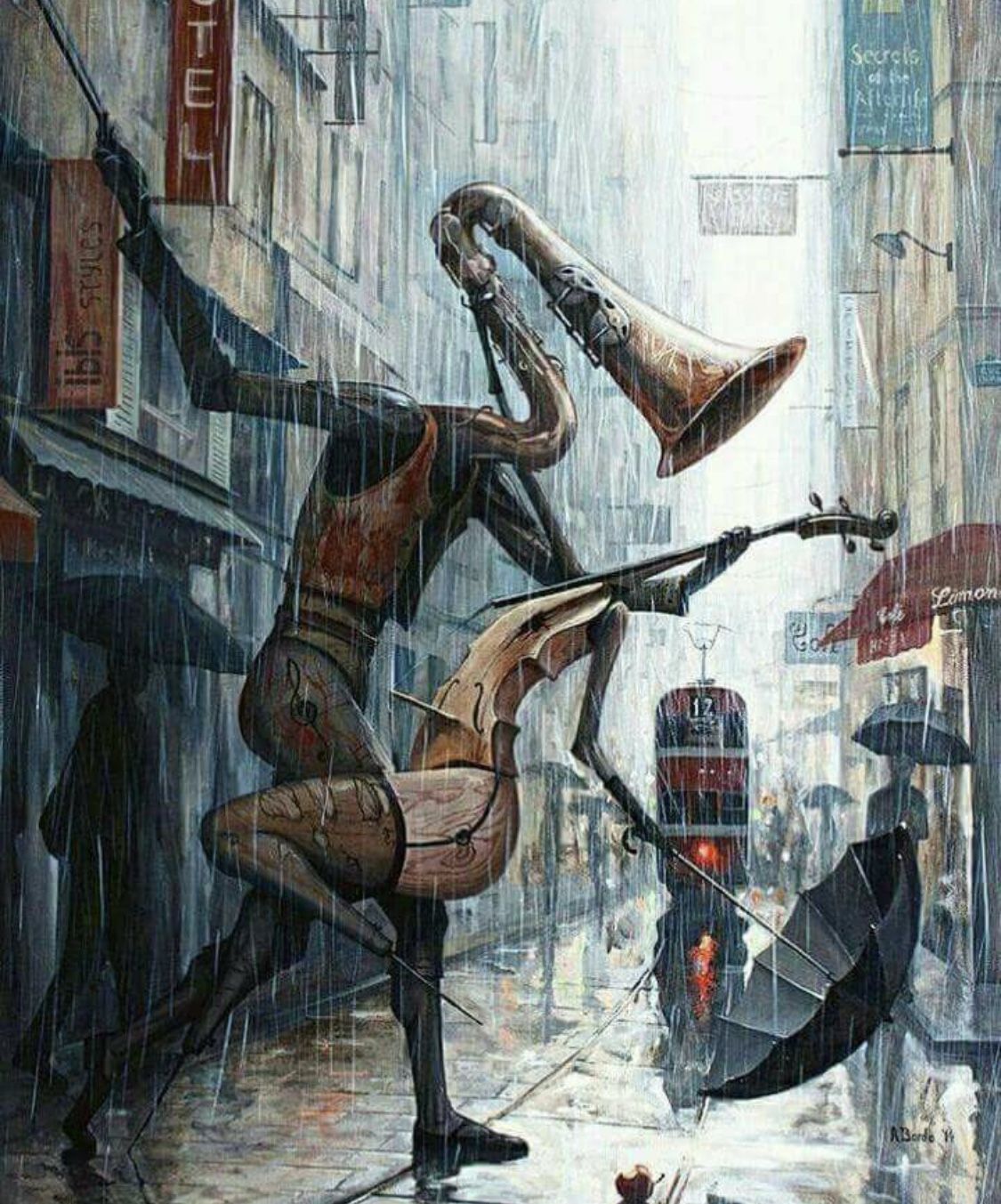 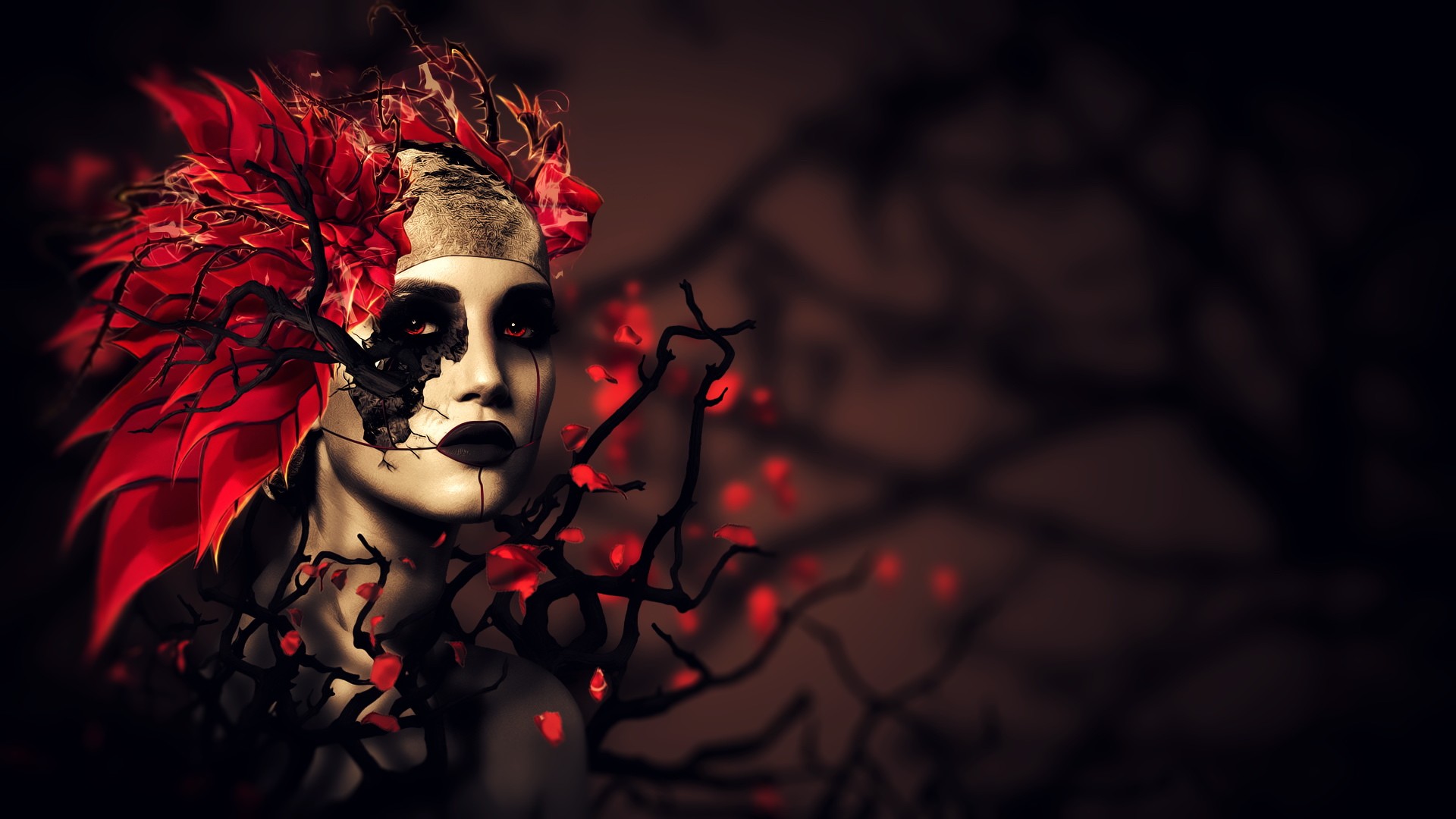 Hi YgraineDance. I remember you from the old primewire. I was pausepause on that one. How are you? I’m so happy primewire is back! I wish I could retrieve my old profile/watch list and friends from all over the world!

yeah me too old friend,lol be save bud with that corona stuff.

What a terrible thing for our world…..☹

All the schools here closed today. They won’t open again until 6 April.

It’s like a horrible sci-fi movie.😞 I don’t know what the good Lord has planned for us, but this only seems to be getting worse…

I think everything will be alright. If everyone keeps their heads together, practices common hygiene, and common sense.

I hope so. Many will likely die before things stabilize, sadly. *The conspiracy theorist in me has idly wondered, more than once, if someone on the planet has “done something” with their chemistry set to see if the USA’s back could be broken by COVID (our economy as well as our spirit)——only to have an antidote ready to miraculously come along from “somewhere” when we are on the ropes. I hope to God I am wrong…but it would be a decisive move on someone’s part (especially since Trump has run his fat, malicious mouth against the rest of the world since he got to the WH…)😕

I remember reading ‘The Stand’ for the first time when I was a kid. That book scared the he’ll out of me. The idea that a disease could be weaponized and used to kill off nearly everyone was terrifying because it wasn’t make-believe. I had never thought of it before, but I realized something like that could really happen, either by accident or because someone intended to murder the human race. There aren’t any words that can adequately describe my contempt for the ‘resident chump’, and people of his ilk. They’re the kind of people who believe that what they think is best for the world, and that it’s their right to manage the rest of us, or kill us off should it be most profitable. Worse still, resident chump is exactly the sort of pompous, arrogant buffoon that is so malicious and intolerable that he could incite someone, somewhere to strike out at us, or accidentally spill a vile of death. Hopefully, they have that miracle cure in reserve so they can rush in and save us at the last hour.

{Worse still, resident chump is exactly the sort of pompous, arrogant buffoon that is so malicious and intolerable that he could incite someone, somewhere to strike out at us, or accidentally spill a vile of death.}

That is precisely it. He has RUINED us in the eyes of the rest of the world, enough so that I can actually see where some (most especially those who angrily viewed us as evil, licentious pigs already!) could decide to do this. The trumpanzee is loathsome, ignorant, malicious, vengeful, and as you said, thinks he and his few should ride herd over the rest of us. The bastard still has people locked up in cages down south—-but for some miraculous reason, “Americans who belong here at home” can come here and debark from these infected ships (and possibly infected planes) and get vetted for a few days then go free. If cages are there for our protection and are humane, why not put returning travelers in them? Oh, right, I forgot. Trump and the base wouldn’t like that. BTW I am older than you, read ‘The Stand’ as a young adult, and have never forgotten the enormity of that scenario either.

You know what pisses me off about the whole border thing? It’s completely arbitrary, and it’s an illusion. We could easily move the border one hundred miles north or south, and what does that mean? Are all the good Americans living in Arizona suddenly our enemies? Foreigners that we must guard against and be sure to stop from crossing the border, stop from taking our jobs and abusing our healthcare system and freeloading off our economy? And what of those Mexicans who were all of the above, now on the right side of the border. Now they’re no longer a threat, no longer illegal, no longer a burden upon us. All because of an imaginary line someone drew in the dirt. Borders are the most absurd concept, and personally I find the idea extremely offensive. No one has the right or authority to tell me or anyone else where they can go, where they can live.

Bingo to all you said. How arbitrary; how arrogant. And so true. It slays me that there are folks in this country who believe “whatever I covet is mine”—-and don’t see a problem with caging people, forcing them onto reservations, and more. People that, if we’re being completely honest, BELONG in this part of the world and always did.

Posted by Magenta 1 year ago.

Posted by greyfur 1 year ago.

Hey, do you by any chance watch Game of Thrones?

nikkimckelvy : It omits my favorite line from the book!

sloburnjo : i too have been sweating like an addict since last weeks NO POST. in the meantime you can ...

lilsiren : I loved the movie but hated the fact that it was in english. Almost felt like I was watchi...

veritech : is this show not being shared any more???? i really like this show

footshot : well if that doesnt look like a disaster movie about a crumbling empire rotting in an Asim...

ibgabe : The comment section is intended as a place to review and discuss the creative work, not fo...

grasshopper rex : Contains spoilers. Click to show. even more hilarious is the notion that Obama and Biden are in any way radicals

grasshopper rex : Contains spoilers. Click to show. The truth is a bitter pill.

A Wilderness of Error

Saucer-People : The Jeffrey MacDonald case has fascinated me for decades because it goes to the heart of t...

redfury91 : Contains spoilers. Click to show. its still super hilarious how many people think that democrats are somehow considered the ...